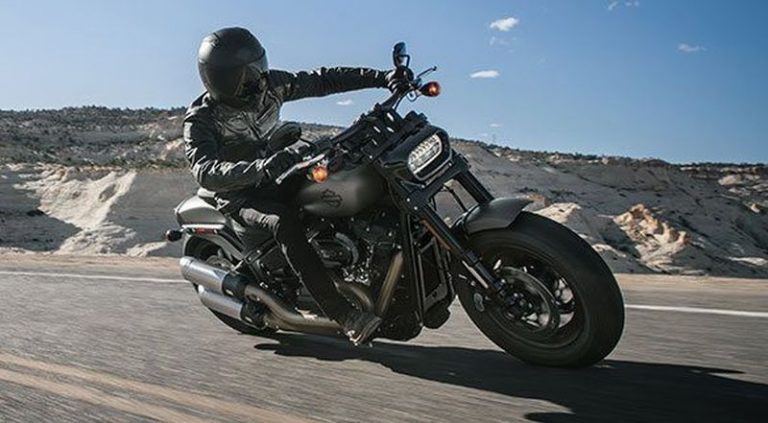 Many Americans are drawn to Harley Davidson motorcycles because of their legendary sound, looks and heritage.

New Harleys can be quite expensive, as you can see here on CarPages, naturally a lot of you will gravitate towards snagging a used motorcycle. However, you need to keep a checklist in mind before buying a Harley Davidson.

In this article we’ll discuss 7 things to look for when buying a used Harley Davidson motorcycle.

As with any used car or motorcycle purchase, you’ll have to check the mileage of the bike first. Harleys have big, unstressed motors in them, so they tend to be pretty reliable when it comes to the engine.

Buying a high mileage Harley isn’t a bad idea, but you’ll need to see receipts to see if regular services and oil changes have been carried out.

High mileage should also be reflected in the pricing. If you can get a great deal for a high mileage bike, consider checking the bike to see if it’s mechanically fit for public roads.

If a Harley gets totaled in an accident, its VIN number, which is located along the frame of the bike, has to be cut out and removed so the frame cannot be reused to rebuild another bike. There are online VIN-check services, such as RegCarCheck, that will save you the time of doing it in person.”

Fast bikes like Harleys do have a high accident rate, so it’s important to run a bike’s title and records in the system before buying it.

There are online VIN-check services that will allow you to see if a bike has been reported stolen in the past, because most likely, the motorcycle dealer won’t inform you about that.

There’s a huge variety of used Harley Davidsons available, catering to different skill levels. If you’re a new rider, you don’t want to buy yourself a used Night Rod which is a very fast motorcycle.

Do some research and find the lightest, and least powerful Harley you can find, something like the 883 for example.

Novice riders want to start with a slow bike so they can learn the basics of how to ride first, and explore the limits of a slower bike. Once you’ve gotten the hang of it, you can move on to heavier, faster bikes.

If you’re planning to go and check a bike for its mechanical health, make sure to communicate with the seller that you want to check the bike while it’s cold.

A sneaky seller might warm up the bike before you arrive so you can’t spot any starting and running problems the bike might have. A bike that is a chore to start up cold might have lots of underlying problems.

If the Harley starts up smoothly with a cold engine, it’s pretty much good to go. After that, take it for a short test ride to see if it stops properly, turns without any wiggles and is able to go in a straight line easily.

Some visual checks you need to do would be to inspect the tyre tread, the frame for rust, and so on.

A good idea would be to have a handy inspection checklist on your smartphone.

5. Mechanical and Electrical Check Up

Once the bike is warmed up, perform a few checks to see if its electrical system is working properly. Operate the brake lights, high and low beams, turn signals, horn, speedometer and make sure they work like you’d expect them to.

For example if the headlight seems to dim if other lights are being used (like the rear brake light), it might indicate a weak alternator or battery.

Now it’s time to listen to the engine. Listen for any clicking or clattering engine noises. There should be no white smoke coming out of the exhaust, especially when starting up the bike.

Check the oil, if it’s too black, means it hasn’t been changed in a while. Open the filler cap of the gas tank and check for any signs of rust, or mismatched paint.

When buying a used Harley, you have two options. You can either buy from a private seller, or from a dealership. Both have their pros and cons.

If you buy from a private seller, you need to have the knowledge to properly inspect the bike to make sure you won’t be spending thousands of dollars in repair after you’ve bought it. Many private sellers will try to withhold information about problems with the bike, and it really is up to you to figure this out.

Dealerships can also be tricky. You might get charged way too much for a bike that can be had for hundreds or even thousands of dollars less from a private seller. But good dealerships do give you peace of mind that the bike has already been tested and OK’d to be used on the road.

Has the Harley model you’re looking to buy been recalled before? Motorcycles, like cars, tend to get recalled more often than you might think.