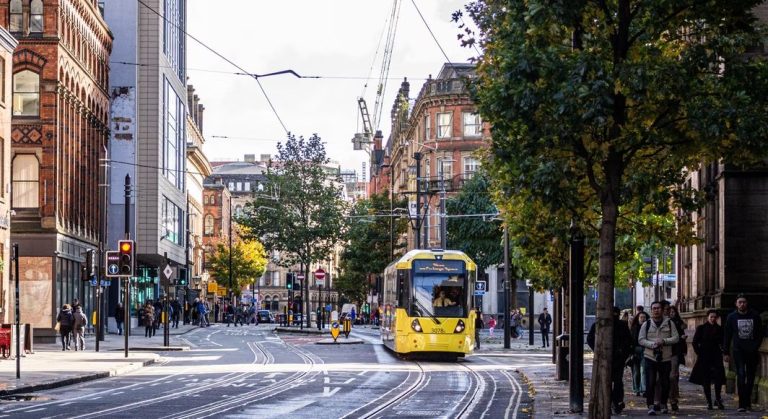 Cars have become an important part of everyday life. This vehicle is one of the most famous types of transport in the whole world! It will give you the comfortable, safe and fast relocation from one spot to another. At the same time, Manchester shows the other tendency: cars are at the bottom of transport popularity in the city! This fact is quite understandable because public transport is capable enough to replace personal cars.

While personal car usage is not that popular, vehicle rental remains useful for tourists and visitors. You can fly to Manchester by flight and after your arrival you can check the list of car hire agencies to pick up the most suitable transport for your own. If you are eager to explore the region yourself or with a company, then automobile hire is a good option. It also comes in handy when you have a lot of luggage to transfer.

Speaking of the deals, available in Manchester, you can find these:

And there are even more! If you want to rent a luxury car the rental services would offer you a large range of models as well.

If you don’t know how to book a 9-seater van hire, you can follow our small guide which we provide for you. Here are the main steps of how to do that:

Hoping, that this small guideline would help you to deal with car hire and would be useful for you.

A lot of bus companies operate in Manchester, reaching the number of 50. Transport for Greater Manchester large bus network, as well as the service of night buses. In 2014 the number of passengers reached 225 million!

The system of the buses is well-developed. There are a number of routes with different passenger volumes. One of them is Oxford Road / Wilmslow Road. This one is considered to be at the top of the busiest Europe bus routes.

The prices of the tickets vary. Some bus lines, especially the most popular ones, have cheaper deals. The contrary situation with the routes that are not that loaded with passengers. When you are planning your trip to Manchester, keep in mind the difference between the prices. Double check the prices online not to be confused.

There are also several types of bus tickets, starting from a single-day proposal. Choose the right option, depending on the duration of your journey.

Manchester is provided with a well-developed rail network today. A huge number of lines cover the streets of the centre of the city and the territories nearby. It creates the basis for the successful use of trams and trains.

Manchester has a good railway system, which provides an opportunity for comfortable and fast train usage. One of the first and most popular railway stations for both goods and passengers was Manchester Liverpool Road. It served as a connecting railway between Liverpool and Manchester, and it is considered to be the first among the intercity ones. There are other stations, such as Manchester Piccadilly, which serves approximately 32 million passengers in general. This type of transport is not quite convenient in Manchester. The light rail tram network of modern type is considered to be the first one in the UK. It happened when the most extensive railway was built by Manchester Metrolink, which was opened in 1992. The lines of the railway cover the area of the city centre and the other streets. There are 8 lines within the system, as well as 99 stops, and some of them are:

Look at the full list of the stops here.

The Metrolink tram is a good option if you do not need to use it too often. Since 2015 the surveys about the use of this type of transport under TfGM (Transport for Greater Manchester) have been showing the greater results of average passenger satisfaction. Even though the statistics look better than before 2015, Metrolink still has the lowest position in the top tram systems of the UK.

It is a great and cheap type of transport for active travelling! The problem is that Manchester does not own services connected with the bicycle-share system. Still, there are shops that offer bike rentals, which you can try. Moreover, the city is quite comfortable for bicycle users, because it has a network of routes alongside the main streets of the city. You can also try a guided tour! With all these advices you would be able to make your trip unpredictably amazing and productive. Wish you good luck with your upcoming journey.