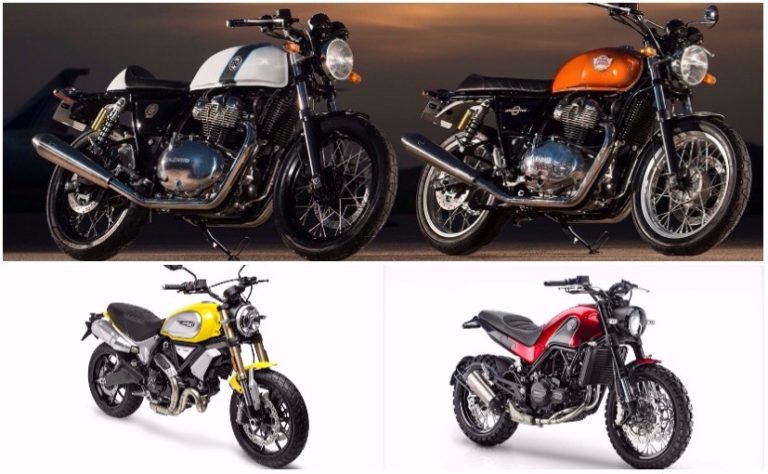 Modern classics are seeing the increase in popularity in recent years, and some of them will be introduced to the Indian market this year. For the first time, British motorcycle brand Norton will present their bike to the people of India, whereas domestic company Royal Enfield will also launch two new models. Let’s check out top 5 modern classic motorcycles that arrive in 2018 in India.

As we have already said, Royal Enfield will launch two new motorcycles and they will use the same platform. Both bikes will be equipped with a new fuel-injected parallel-twin engine that produces 47 bhp and 52 Nm of torque. The six-speed transmission will be attached to the unit. Both bikes have the same dimension, but what is the difference then? The Interceptor 650 is slightly taller, as it is the classic street motorcycle with good ergonomics. On the other hand, its counterpart, the Continental GT650 will be a sportier version with a café racer design language. Both will carry a price tag under 4 lakh and they will hit the market in mid-2018.