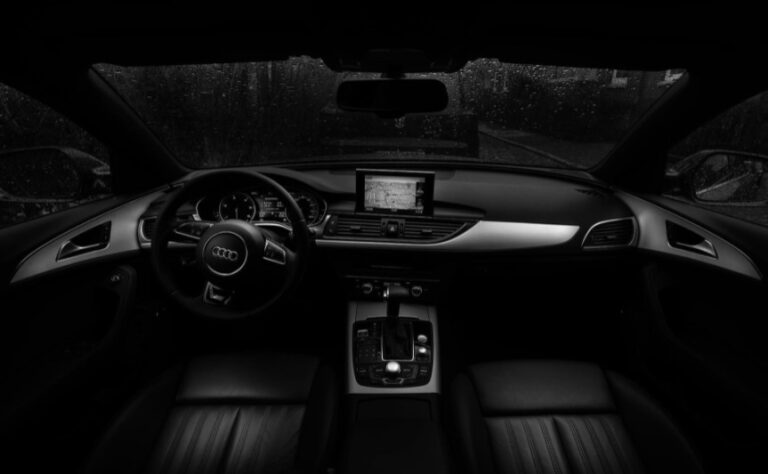 The world of modern technology is changing very fast. Solutions that were considered to be groundbreaking only three years ago are now perceived as archaic and unsuitable for the market. Can we say the same about car navigation? See why it is worth updating maps.

If you asked a few randomly selected drivers what is most important to them in car navigation, it is more than certain that the majority of them would choose the up-to-date maps. Why are they so important? Primarily for the sake of your comfort.

New roads continue to be built all over the world. Both in the United States, Mexico and Canada, as well as in Europe and other regions of the world. If you travel a lot, you can save a lot of time with information about new routes. Up-to-date maps will not only allow you to get to your travel destination faster, but also to have an adventure and discover new picturesque places or roads that you didn’t know about before.

How does the map update work?

It is worth mentioning that map updates are available for most cars. For example, you can find the Audi map update at upgrademyaudi.net. There you can download different versions of maps dedicated to many regions of the world. A map update is nothing more than providing your vehicle with new data about the roads, as well as speed limits or road works that you can expect while traveling. Leading vehicle manufacturers release new software versions regularly over a long period of time.

Sometimes the changes that a new software version brings go much further. For example,in addition to information about new roads, a new user interface is launched that is much more intuitive in use, making it much easier to set a destination than in older versions of the software. In many ways, such an update can be compared to new software versions for our smartphones. In addition to visual changes, there are also new features and new security patches that affect our comfort on the road.

Is it worth it to update the maps in your navigation system?

Yes, definitely. Nowadays it is a very simple task that almost every driver can easily cope with. However, if you do not have time to implement the update yourself, such a task can be easily handled by any good service that is located in your area.

New maps, new road information, or a simplified interface are just a few of the things you may want to update your car’s navigation system for. Updating the maps in your car will surely be good for you and may significantly influence both your comfort and safety during travel. It is definitely worth downloading new versions of maps to your vehicles.

Are updated maps always up to date?

It is difficult to answer this question with certainty. New roads and routes are being built all the time. Also, traffic organization changes, either permanently or temporarily, for example during important events, when sometimes whole streets are being closed for traffic. However, the chances of being surprised on the road are much lower when using new, updated maps. Contrary to appearances, new routes are created quite quickly. It could be, for example, that a new highway or a bypass has been built since you last updated our navigation system in the car and now, thanks to that, you will be able to avoid traffic jams in the city center.

If you don’t have updated maps, you certainly won’t know about these changes, which could result in you taking the old, much worse and slower route instead of enjoying a comfortable trip on a brand new road that connects many different cities in the country. The experience of many people shows that map updates need to be approached in a comprehensive, holistic way. It is not enough to just update the software once and hope that this will solve all your problems and immediately provide our navigation with the latest information.

It is much better to rely on periodic updates, i.e. updates that will be made every time a new version of a map is released for your car. This is the only way to constantly update the road database, and thanks to this you will also travel faster. It’s also worth keeping in mind that new software versions bring many additional features. For example, there may be support or a major update for cooperation with Android Auto or Apple Car, which are used by millions of people around the world every day.

It is possible that the new software version will free you from the necessity to connect to your smartphone via a cable. Sometimes there may be such a software update for your car, thanks to which the device will be able to connect to the vehicle via Bluetooth wireless connectivity, which is certainly a huge advantage. Updates can also introduce many new driving modes, as well as modify the interface to give you much more accurate data – both about your location at the moment, as well as about fuel consumption and the distance we drive on a tank of fuel.

This is valuable knowledge that can help you effectively plan a trip. Modern navigation systems can even find the nearest gas stations. This is an interesting function especially in areas that are not too intensively urbanized. If we want to travel in solitude, far from cities and towns, information about the nearest petrol station can even save your lives or free you from huge trouble, if it turned out, for example, that you do not have a spare canister of fuel. Wrong estimation of fuel level is a situation that, contrary to appearances, happens quite often.

Is it difficult to install maps by yourself?

Fortunately not. This is a task that almost everyone can easily cope with. However, you do not have to waste your precious time. Map updates are easily uploaded by almost all professional car workshops. Nothing stands in the way of handing over the vehicle for an hour or two and picking it up afterwards with new maps enriched with many great functions. It is also worth remembering that such a service is not expensive. It is certain that almost everyone of you will easily be able to afford it and will not regret having uploaded a new version of maps to your car.

Isn’t it better to use Google Maps?

If you don’t want to update the maps in your car, or you simply don’t have this option because the manufacturer doesn’t provide further updates for older models, you can use other sources to get to your destination. The advantage of using Google Maps, or any other online navigation on your phone, is that you have a direct overview of traffic jams and possible accidents or road works on your route.

In some car radios you have the possibility to connect your phone via smartlink, Apple Carplay or in case of Android phones – Android Auto. With the aforementioned options, you will be able to view third party’s navigation on the screen of your car radio.