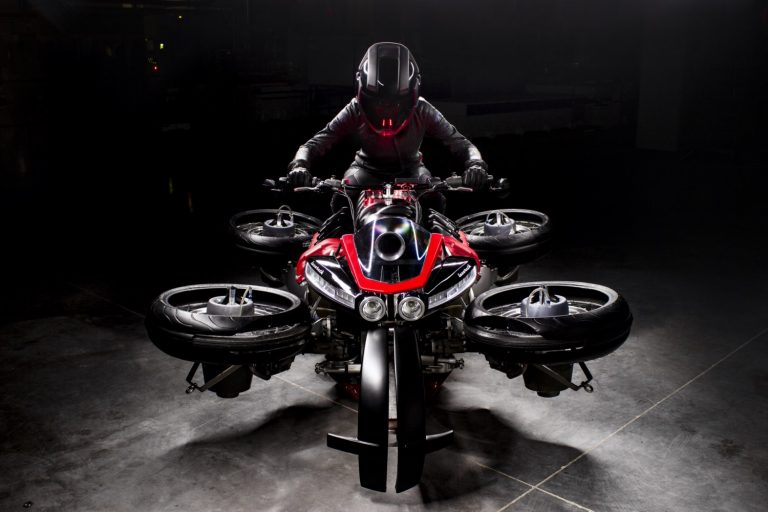 Lazareth has added a whole new dimension to the term custom bike with their incredible flying motorcycle. Based on their previous model, dubbed LM847, Moto Volante – or sky bike – has several different items. The V8 engine capable of delivering 470 horsepower has been exchanged for an electric motor, while the wheels come with four JetCat jet turbines, delivering a total of 1,300 horsepower.

Hydraulic actuators control the turning, giving Moto Volante amazing abilities in the air. At the moment, the hoverbike has autonomy enough for just 10 minutes of flight, but it still represents a dream come true for many people around the globe.

Back on the ground, LMV can be transformed into a road vehicle at the press of the button. According to Lazareth, only five of this will be made, each costing a whopping $560,000. Considering it is a flying bike right out of a science fiction movie, that price tag doesn’t look unreasonable.