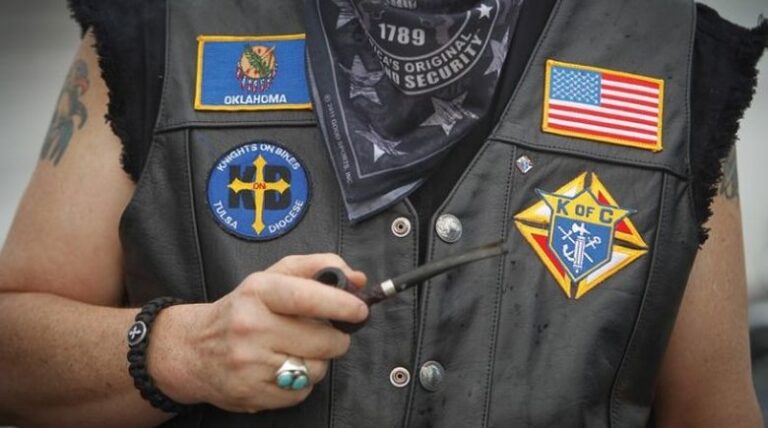 Members of biker clubs represent a specific category that is known for traveling in groups while attracting people with their attractive bikes and the loud noises these two-wheelers are making. There are some common prejudices towards these groups, like that they are criminals, vandals, and very dangerous people.

While there were some examples of that throughout the history that is far from being true today. Most of these people simply enjoy driving their bikes, and they prefer forming groups known as biker clubs so they can create various events and hang out together.

If you recently bought your first bike, you will probably be interested in adding more details to it and your outfit as well. Some of the most popular options are skulls, some movie characters, but also slogans, logos of popular political movements, music bands, and more. On the other side, there are some rules that you don’t want to break, and we are going to speak more about them in the following article.

1. You Have To Be A Member Of Some Club For Wearing Certain Badges

First of all, we have to mention that Motorcycle Clubs are recognized by the association that is active in the US. According to the statistics, only under 1% of these groups are involved in any sort of criminal activities. Therefore, if you are interested in joining one group, it can bring you a lot of entertainment since you will be spending time with other bike enthusiasts.

On the other side, favoring some club and deciding to start wearing their marks without permission is not allowed. That is a simple rule that everyone should follow. These people are wearing badges to recognize each other on the road. Therefore, they are very strict about who can wear it. Even though it won’t lead to any serious issues, at least not in most cases, it can lead to unpleasant situations since members of a club whose badge you are wearing will ask you to remove it.

2. You Will Have To Earn One

Members of these groups live different styles of life. They are always acting tough and prefer spending time outside of typical places. Most of them are only interested in music and various details and modifications that can be added to bikes.

Therefore, only a real enthusiast can join them. Moreover, it is common that these clubs to be created in specific areas. Therefore, there is a chance that you can join your local group. On the other side, you cannot expect that some other group will accept you so easily since they are highly territorial.

The rules are quite simple in this case as well. Most people will join by knowing some member of the club. Also, you will have to spend some time with them and show that they can trust you. After that, there are some steps where you will get some marks and smaller badges before you get the same ones most of them are wearing.

3. It Is Much Easier With Riding Clubs Badges

While there are some strict rules related to groups, where the most important rule is to never wear a mark of some group you don’t belong to, there are riding clubs where joining is much easier. If you are interested in this option, all you need to do is to visit the local racing club and buy their badge. That is a great solution if you want to be part of some public events and group rides.

It will be much easier to invite someone for a race, meet a lot of new people, become active in charity events, and more. In contrast to some popular beliefs, most bikers are involved in a lot of charity work and events where they can help other people, and that is not rare for motorcycle clubs as well.

There is a lever of responsibility once you earn a badge from some club or buy one from the racing group. First of all, you will have to respect other bikers and their specific groups. For example, if you are a member of some club, we already mentioned that they can be highly territorial. While that does not mean that you will be forbidden from driving in some places, it is all about the culture and way you are driving.

For example, meeting another club on the road, and trying to impress them by cutting them, trying to race with them, or simply riding by them for a longer time. They might see that is a level of disrespect, and you could end in an unpleasant situation.

There are various rules common for members of these clubs. It is all about respect and hierarchy. Therefore, customizing the badge of some group, cutting the part of it, and adding more colors to it can also be a huge mistake. They are using these badges as signs of certain status and their history. For example, a mark that is showing that someone is a war veteran, or that the person spent some time in jail. You don’t want to mess with such badges.

In case that you didn’t know about these rules, and you decided to play around with different marks, some member of the group will probably approach you. If you are not the member, they will ask you to remove those marks. All you need to do is to politely accept that and avoid the conflict.

As you can see, it is all about being a part of some group. These people have unique marks that are representing them, which means that they don’t won’t anyone outside from that particular group to have the same marks. In that matter, all you need to do is to simply follow these rules so you can secure more entertainment while riding on roads.