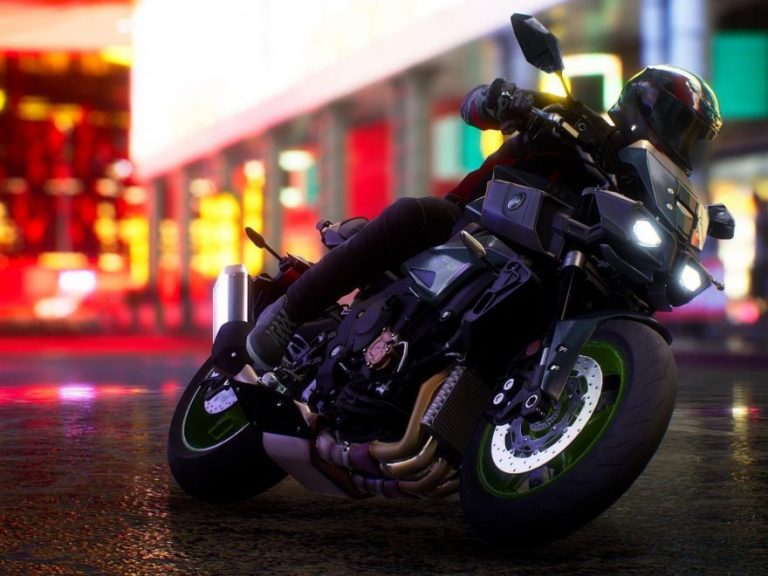 Motorcycle racing is one of the most adrenaline-inducing human activity, but not everyone can do it. Some lack the resources, others simply aren’t built for it. That is why we have racing games, so even those of us who can’t even ride a bike can enjoy a few laps on that powerful new Yamaha or Honda. Here is a selection of motorcycle games that are sure to get your heart pumping.

Based on its predecessor Ride, the game offers the same level of excitement and immersion, but with far better graphics. Racing on tracks all over the world on a wide selection of bikes has never looked or felt better. The graphics are absolutely stunning and are a huge part of why Ride 2 is one of the best bike games ever made.

One of the first games to offer a first-person racing mode that looked decent, SBK X: Superbike World Championship was far ahead of its time. It also featured an excellent career mode that did wonders for immersion as you progressed and unlocked more powerful bikes. To this day it remains a favorite bike racing game for many players.

SuperBike TT is using Oculus Rift technology, bringing immersion to a whole different level. Even if you are not a big fan of bike racing, we would highly recommend trying this game, provided you own Oculus Rift, of course. It is the closest thing to a real-life racing you can get in today’s gaming. The feeling of cornering at 200 miles per hour is simply indescribable.

With addictive gameplay and excellent bike models, Motorbike is one of the funniest bike games we have ever played. The game is based on trials and not track racing, but that only makes it more entertaining. With the custom course builder, the game’s replay value is through the roof. The multiplayer mode where you can play with your friends is an endless source of fun.

Speedway racing is a highly distinctive sport and FIM Speedway Grand Prix 15 captures its specifics magnificently. The physics and surface reactions are very realistic, creating highly addictive gameplay. The graphics are very advanced, creating an intense immersion feeling. Even the arenas are faithfully recreated in the game, with every little detail reproduced.

As far as titles go, MX vs ATV Reflex could have done better, but that doesn’t affect the brilliance of the game. Ridiculously fast, the game forces you to sit on the edge of your seat every lap until the race ends, pumping adrenaline with every jump and every corner. The tracks are beautifully recreated, not that you will see much of them since you will be focused on trying to win the race.

In order to enjoy modern games, sometimes we have to remember just how far gaming has advanced and the best way to do so is to fire up some of the old school titles, like Road Rash. One of the first attempts at bike racing on PC, Road Rush was very popular back in a day. By sabotaging your opponents, you can get loot, which in turn allows you to get better bikes, which allow you to better sabotage your opponents. The music track was one of the best parts of the game.

If you want to recreate the actual Moto GP, this is the game for you. It offers all the big names of modern bike racing, together with their machines, ride on the actual GP courses. The level of details and attention to realism is simply astounding, with excellent career mode offering plenty of options to tune your bike just the way you like it, similar to the real racers.

Not a bike game per se, but GTA V offers some of the best bike riding entertainment in the gaming world. Apart from some specific mission, the whole game can be played on the bike and there are plenty of models to choose from.

The latest in the Trial series, Trial Fusion takes you to the Sci-Fi settings for new adrenaline-inducing adventures. Jump ramps, ridiculous stunts, and high speeds are just some of the addictive aspects of this game.

What’s the most realistic motorcycle game?

There is no one answer to this question, as the most realistic motorcycle game depends on what you are looking for. However, some of the more realistic motorcycle games include Motorcycle Club 3 and Ride 2. Both of these games offer a level of immersion that is hard to find in other games. They also allow you to customize your motorcycle to fit your own style, which makes the experience even more personal.

What are the different types of motorcycle games?

Motorcycle games come in all shapes and sizes, but what makes them so realistic?
Some games put you in the driver’s seat, while others let you control the bike from a distance. But what are the different types of motorcycle games?

Here’s a rundown of some of the most popular types of motorcycle games:

1. Driving Games: These games put you behind the wheel of a motorcycle and require you to navigate through challenging levels. Some driving games also allow you to take on other challenges, such as racing against other drivers or completing laps quickly.

2. Survival Games: In these games, you must race against the clock or survive an onslaught of enemies while navigating challenging obstacles and terrain. Many survival games also feature weapon customization and allow for online multiplayer gameplay.

3. Open-World Games: In these games, you can explore an expansive world on your motorcycle while completing quests or taking on side missions. Many open-world motorcycle games also feature online multiplayer modes so you can compete with friends or strangers.

How do the different motorcycle games work?

There are many different motorcycle games on the market, some of which are very realistic and allow you to feel like you’re riding the bike. Here’s a breakdown of how each game works:

Realism-based games typically take into account the physics of a motorcycle, from the way that it handles on the road to how it reacts when you lean into a turn. This can make for a more challenging experience, as making mistakes can lead to accidents.

Game controllers vary in terms of realism, but most typically include buttons for throttle, braking, and turning. Some games allow you to use various input devices, such as a joystick or steering wheel, while others simply rely on keyboard and mouse control.

Which is the No 1 bike game in the world?

There are a lot of motorcycle games on the market, but which is the most realistic?

There are several motorcycle games on the market that are considered to be the most realistic. These games allow players to experience what it’s like to ride a motorcycle.

Overall, these two games are some of the most realistic motorcycle games available on the market. They allow players to experience what it’s like to ride a motorcycle in a realistic way.