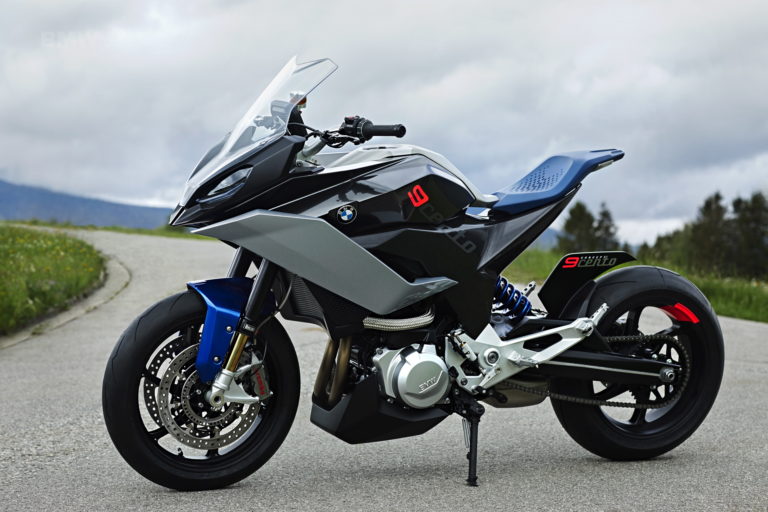 Traditional Concorso d’Elegenza Villa d’Este was held at the shores of picturesque Lake Como in Italy again this year. Among other manufacturers, BMW Motorrad unveiled their latest concept, called 9cento. Pronounced “nove cento,” the newest BMW’s brainchild is marketed as an ideal future bike. Geared towards mid-range users, its main motive is “balance,” according to BMW Motorrad’s Head of Design Edgar Heinrich.

“It doesn’t always have to be about ‘bolder, bigger, brighter’ nowadays: this concept bike focuses on achieving a sense of balance,” Heinrich stated. “We’ve created a bike that combines the appropriate power with reliable sports touring properties and above all lots of riding fun, so it’s an attractive overall package. It brings together the best of the sports, adventure and touring segments to produce an exciting concept – in a class which has not seen this kind of model from BMW before. The BMW Motorrad Concept 9cento is our interpretation of a modern all-rounder for the new mid-range segment. Functional properties such as touring capability, storage space, and wind/weather protection are relevant to most motorcyclists but they’re rarely included in the design of a concept vehicle. In this year’s concept bike we’re demonstrating that all these rational aspects can be coupled with a dynamic design to create something really exciting and highly emotional.”