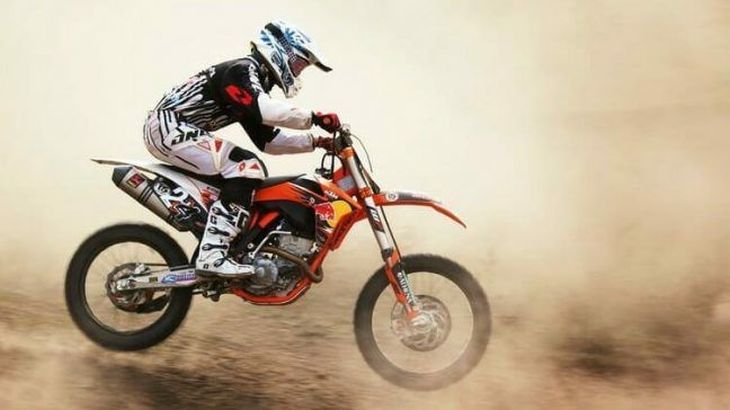 One of the most common questions we hear most often is how do I choose the right dirt bike? There are tons of things to consider while choosing a dirt bike. But when it comes to picking up a Chinese dirt bike, the list of considerations increases to a  great degree.

But don’t worry. A Chinese dirt bike should not mean that it lacks quality. If you can decide wisely, you can get the best out of it. Throughout this article, we will try to provide every possible insight so that you can come out choosing the right dirt bike for you.

We have also added an article that contains the list of some of the best Chinese dirt bikes according to DirtSound, available on the market.

Why should you buy a Chinese dirt bike?

The final reason to go with a Chinese dirt bike is that it offers more versatility than a branded dirt bike. You can pressurize a bike as you want. But when it is a branded dirt bike, you need to think twice before you impose too much pressure on the bike.

How to choose the right Chinese dirt bike?

We all know that a this kind is the most budget-friendly option available on the market. That is why picking up the right dirt bike becomes a tedious job. We are here to make the job simpler for you. Consider all these things before you confirm the purchase-

The first thing we want you to think about is what discipline of riding you are planning to do. It makes a huge impact on your decision whether you want to be a motocross rider or an enduro rider. Besides, there are too many bike enthusiasts who love to ride the bike only for fun. That is why picking up the right bike requires you to consider a lot about the quality of the bike.

Not everyone shares the same riding skill. Some riders are inborn better riders, whereas many others try their best to ride the bike with great proficiency. If you believe that you have got some better skills in driving a dirt bike, you can go with a bike that has a better suspension system and with enough rigidity.

On the other hand, go with an air-cooled edition of dirt bike if you are still learning to be a professional. A Chinese dirt bike with an air-cooled engine is enough flexible and safer to deliver the most authentic support in any kind of situation. As a result, kids and beginner rider finds it more comfortable to ride the bike with enough ease.

There are three different types of dirt bikes you will get to know while searching for one.

The Motocross version of this bikes is a little faster and lighter than other types of dirt bikes. They are not a type of dirt bike to ride for a long time because of their lower fuel tank capacity. You will get to ride a motocross dirt bike for a maximum time of 20 to 30 minutes.

If you are a beginner rider, you may not feel comfortable with a motocross version of a dirt bike. They are perfect for riding on the professional dirt trail.

The Enduro Chinese dirt bike will allow you to ride the bike both on and off the road. They are more like dual-sport motorbikes. If you like to have a more versatile experience with your Chinese dirt bike, this is the type to give a go.

Finally, the cross country vehicles are made both for the trail and wood. But you will not able to take the bike on the road. Both beginner and professional riders can go with a cross-country dirt bike to extract the taste of adventure in various situations.

How can you make your Chinese dirt bike better?

When we say to most beginner riders that they can develop their Chinese dirt bike to a better edition, they simply ignore us thinking that we are doing some false comments. But upgrading the bike by spending around 500$ dollars to 1000$ dollars can deliver you a performance that would be almost similar to a branded kind.

We don’t need to say again and again that Chinese rides are good. If you look around, you would notice that they are everywhere. The only reason they are prevalent everywhere is that they are ensuring budget and quality simultaneously.  Now the task remains up to you to make the final decision.