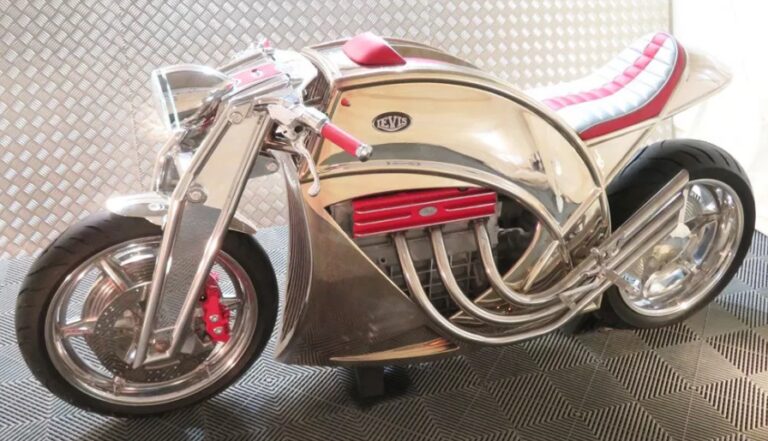 Ever since the initial launch feature arrived with the December’s 2017 edition of MCN, the Levis team has been developing each component and system for their bikes. According to them, the progress is good, despite the fact that the task is complicated and it gets even more difficult when you attempt to create a unique bike. And the motorcycle we are referring to is the new Levis Café Racer.

Keep on reading to find out more about this bike.

We are going to begin with the heart of every bike – the engine. Powering the new Levis Café Racer is the V6 1.2-liter narrow angle unit that is placed longitudinally in the frame. And Levis is at the end of their design, having completed various stages and tested blocks proved well. And while they are finalizing the intake and induction design, they hope to see the new engine in the producton line sooner rather than later.

The firing order is slightly odd for a V6 and it is 1-2-3-4-5-6. With this, power delivery will be facilitated whereas harmonic imbalances reduced, resulting in a smooth engine operation. Moreover, the engine comes with an authentic rear flywheel/pulley/contrablance that runs a V belt up to an ISG, which is located just above.