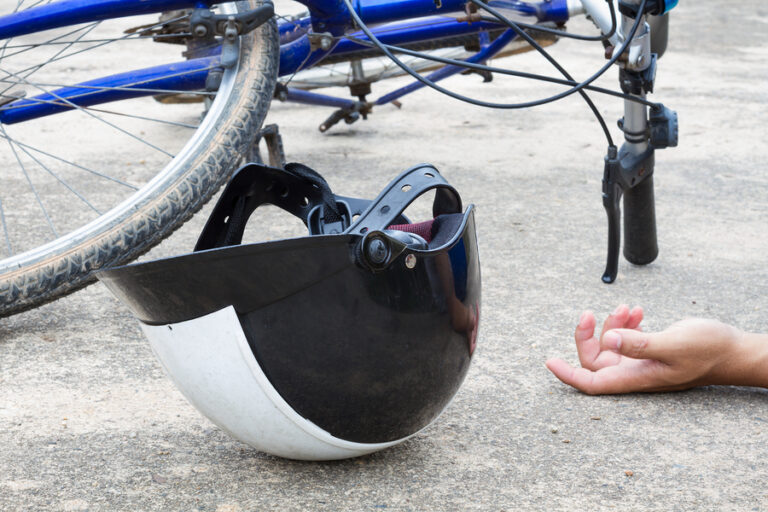 Bicycles are vehicles and must follow the same rules of the road that automobiles follow. They are unique however in that they are self-propelled and offer the rider no protection in a collision. Most of the time the driver of a car in a car vs. bicycle accident will be at fault. The cyclist can be as well. Since cyclists are in a unique situation, it is important to have an experienced bicycle accident attorney, such as one from Strong Law, on your side if you have been in an accident.

Rules of the road

In larger cities, particularly, cars and bicycles are on the street together. There may be some antagonism. Some cities have cyclist lanes which add to safety, but other times cyclists must use the highway just as cars do. Car drivers may feel cyclists present danger by not following the rules, and cyclists complain car drivers won’t share the road.

Cyclists must stop at most traffic lights, avoid unsafe lane changes, stop for pedestrians, and stay off the sidewalks. These are the same rules cars are to follow. Violating any of these rules can cause a bicyclist to be ruled at fault in an accident.

How fault is determined

In most cases, accidents are investigated by police, and they make a determination of who is at fault. Their decision may or may not hold up in court if there is a lawsuit, but often insurance companies go with what the police investigation discovered.

It can be very simple. If a car changes lanes and hits a cyclist, it is the car driver’s fault. If a cyclist pulls out in front of a car and gets hit, it is going to be the cyclist’s fault. Many times it is not that simple and there are multiple factors involved. Even if the police say you are a fault, if you are involved in a lawsuit, your bicycle accident attorney will do his or her own investigation and make their own determination. The challenge then is to convince the court.

In a car vs. bicycle, accident fault is determined by who was negligent. If you are driving a car, you have a legal responsibility to obey the rules of the road. You also have a duty to take reasonable care to avoid accidents. If someone pulls out in front of you, you should try to stop in time to avoid the collision.

With accidents involving automobiles, a car hitting another car from behind will be ruled at fault because you should always be able to stop your vehicle to avoid a collision. With bicycles that would be much more dangerous, but the same rules would likely apply.

Drivers of any vehicle are required to use reasonable care to try to avoid accidents. This means following the rules and not being where you should not be. If there is a posted bicycle lane, and a car hits a cyclist in that lane, the car is the negligent one. The car should not have been in the cyclist lane.  However, if the cyclist leaves that lane, swerving into the regular traffic lane, and is hit, it may well by the cyclist who was negligent.

States have different rules for determining fault and even the percentage of fault. These percentages are used to determine how much you can recover in a personal injury lawsuit.

Some states are no-fault, meaning each person’s insurance company covers their own client’s vehicle. Some go by percentages, and that can affect how much someone has to pay. In a court case, the percentage could affect how much you will be able to recover in damages.

While car drivers have a responsibility to try to avoid accidents, cyclists also have some responsibility. Cyclists should wear some kind of bright color to be easily seen by motorists. Bicycles should also be equipped with reflectors, blinking lights, and enough light to see the roadway.

Bicyclists are vulnerable, riding a two-wheel vehicle with no protection. In minor car accidents, drivers are rarely injured because there is so much metal around them. A 10 mph accident between cars will cause only a minor dent. That same speed could seriously injure someone on a bicycle.

Some states require cyclists to wear helmets, and most medical officials recommend them whether they are required or not. If you are not wearing a helmet in a state that requires one, and you have an accident, it will be hard to collect compensation from the driver at fault.

Cyclists are also not allowed to drive while drinking, just as car drivers are not. You can be arrested for drunk driving while riding a bicycle. As many as 20 percent of people killed on bicycles had an illegally high blood-alcohol level.

A good bicycle accident attorney knows the laws in your state and can help you negotiate the court system. If you are going against an insurance company, you can be sure they will have a team of top lawyers to defend their case.

A personal injury case is a civil case. You do not have to prove beyond a reasonable doubt that anything happened. You have to prove that the other person was negligent in some way that caused the accident and your injuries. In a civil case, the preponderance of the evidence is the deciding factor.

You will have to show that you were careful and obeyed all the rules. You must prove it was the other person that was careless. If a person causes an accident while working, the company may also be held liable and may be part of the suit. In some cases, a city can be held liable if signage was wrong or roadways were not maintained.

If you have an accident while riding a bicycle, you should contact a bicycle accident attorney as soon as possible. Most attorneys give a free initial consultation to discuss your case and determine how winnable it is. In personal injury cases, the lawyer is not paid unless you win, and the lawyer’s pay comes from your settlement. Your attorney will do his or her own investigation to determine fault or degrees of fault. Many cases are settled out of court through negotiations. You need an attorney that will negotiate hard, and who is not afraid to go to trial if negotiations fail.