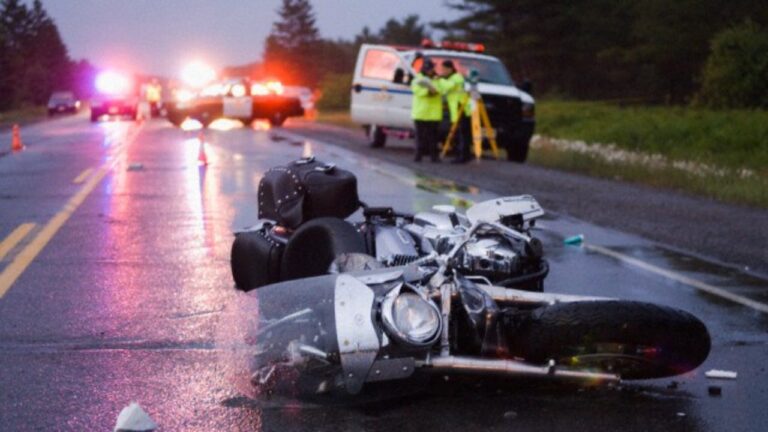 Motorcycles are less visible to other drivers and motorcyclists don’t have the same protection as they would if they were in an enclosed vehicle. Motorcyclists are five times more likely to suffer injuries in a crash according to the NHTSA. Motorcycle injuries can be catastrophic in many cases and any part of the body can be injured during a motorcycle crash. While wearing the right proactive gear can be important to avoid injuries, regardless of the equipment, the majority of motorcycle accidents result in injuries just because of the nature of riding and the fact that many motorcyclists are not seen by other drivers. Injuries can range from mild to severe.

It’s common to sustain injuries to the lower extremities, such as ankles, calves, knees, and feet. Many of these injuries won’t be fatal but without the proper care, these injuries can lead to long-term troubles. When it comes to leg injuries, typically bone fractures are more common than other injuries.

When vehicles collide, it is common for the motorcyclists to be thrown from the motorcycle. When a rider hits the ground at a certain angle then the body part could be forced into an unnatural position. This can cause a break or fracture. Broken bones can happen anywhere and are common in the limbs. Broken ribs are also a common injury. Wrists and arms are typically fractured when riders use them to break their fall.

The spinal cord is a very sensitive and important part of the body. If the spinal cord is injured due to a motorcycle accident, then the results can be particularly devastating. Depending on where exactly the injury happens, victims may not be able to use their arms, walk, or move at all. Spinal cord injuries happen if a rider lands on their back or neck or if they are pierced by an object during the crash. It can also happen if a motorcyclist gets crushed or pinned between two objects, which causes damage to the spine. Paralysis after the injury could be temporary or permanent.

This is typically one of the first injuries that comes to mind if someone thinks about a motorcycle accident. During an accident, it’s common for a rider to slide across the pavement after being thrust from the bike. Road rash is more severe than just a simple bruise or scrape since the force at which the rider scrapes against the payment causes multiple layers of the skin to be peeled away. It’s even possible to expose muscles underneath. Since motorcyclists don’t wear seatbelts, cyclists can easily fly over the handlebars upon impact. The rider then hits the ground pretty hard. It’s necessary to wear protective gear, such as riding pants, boots, and gloves, along with a riding jacket in order to prevent road rash during a crash. There can be complications that happen from road rash. In some cases, it’s serious enough that it needs skin grafts. In other cases, it can be severe enough to leave permanent scarring. Road rash may also mask some other serious injuries and it’s important to know if there is internal pain that lasts more than 24 hours because there could be other injuries.

Biker’s arm happens when a rider is thrown off the bike immediately after impact. In a regular vehicle, many people will wear seatbelts for protection. When they get hit, they travel in the direction of the impact but since they are enclosed in the car and seatbelt, they are protected from the outside environment. Motorcyclists don’t have these protections. Human instinct is to cradle oneself in order to minimize impact when falling. The arms are then severely affected by the impact and this leads to damage in the nerves and bones in both the arms and hands. This can also mean permanent nerve damage to the upper body.

When on a motorcycle, there is nothing that separates you from the busy street. Muscle damage can happen anywhere in the body and it can become permanent and lead to paralysis. In order to protect yourself from muscle damage injuries, it’s important to wear sturdy clothing and multiple layers, along with ear plugs and a helmet. A leather jacket that is specially designed for motorcycle riding is important in order to protect the layers of skin underneath. There are also elbow and knee pads available.

Neck and head injuries range from fractures to the skull to concussions. Your head holds your brain, which is one of the heaviest and most powerful organs in the body, and it needs to be protected with a helmet. Traumatic brain injury is one of the more serious and common motorcycle injuries that happens. These injuries happen when your head hits an object with a good deal of force, when the skull is punctured, or when the head is shaken. These injuries often happen when the motorcyclist isn’t wearing a helmet, but even helmeted riders can suffer from a TBI. The severity of the injury can also depend on whether or not a helmet was worn. When someone gets a TBI, he or she may suffer from cognitive and psychical deficits. Some can be relieved by surgery and other treatment options, but oftentimes there are lifelong effects.

Motorcycle Injuries Can Be Devastating

Many motorcycle injuries can be life threatening and those that do survive may not have the same quality of life as before. These injuries can lead to disability and many who have these injuries do require assisted long-term care. Paralysis often happens because of spinal injuries and is common for those that get ejected from the bike because of the accident. Tenderness in the back and neck can be signs of neurological damage. While not every injury does lead to paralysis, they can all be dangerous and need to be properly treated quickly. Even just the stress of personal injuries can lead to depression and make everyday life harder.

If you are injured in a motorcycle accident and the accident was caused by someone else’s negligence, it helps to have a lawyer on your side, like Terry Bryant, to help get you the compensation you are entitled to receive.