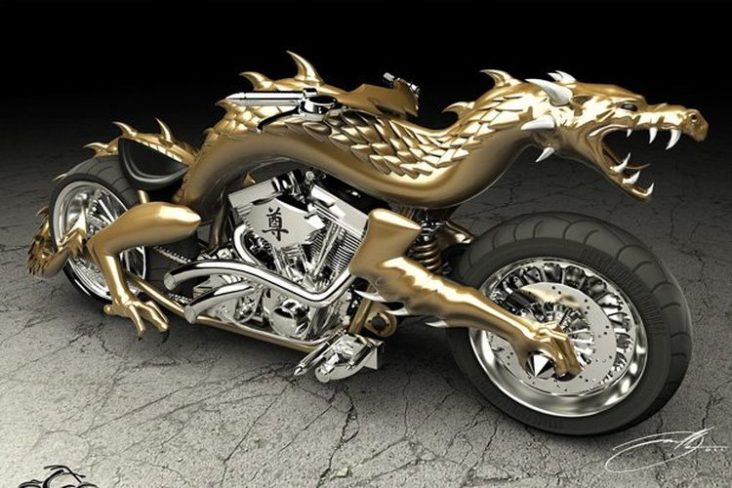 Paul Senior and Paul Junior will be remembered for two things – fight and choppers. Father and son produced some of America’s best choppers but in some cases they even surprised themselves! What are the best bikes that came out of this factory?

Azeroth Choppers was a series which aired in 2014 and it followed the team led by Paul Jr. One of the bikes they had to design was inspired by World of Warcraft and it is arguably the best vehicle the team has created. The design is astonishing and Paul’s creativity kicked it. Blizzard gave Paul all the freedom to design the bike the way he wanted.

Another vehicle Paul Jr. created when he split from his father was the Geico chopper. This was a legitimate bike that showed the skillset the son had. Inspired by the popular insurance company, the bike cam with a curling tail and green paintjob that was just spot on.

Creating a bike after a fire truck is not an easy job. It was constructed to pay tribute to all the firefighters who served during 9/11. Of course, the bike is painted in red and it has some features fire trucks have. It was one of the best motorcycles that came out of the Orange County Choppers garage and the most sentimental as well.

A dragon-theme chopper called Eragon is also one of the products made by the father and the son. This could have gone the other way around and become a complete disaster. Even though it didn’t look like a dragon, the design turned out to be amazing, with the electric blue color.

The Bebop bike is often considered to be one of the worst creations by Paul Sr. and Paul Jr. But is that really the case? People say that it looks ugly and while we understand their point of view, it is also fair to say that this is a unique bike nobody has ever made or will ever make.

One of the most interesting rides from “Senior vs. Junior” show was definitely the Cadillac. The bike was inspired by the iconic car and it is well-developed – it is as simple as that.

Another game-based motorcycle was Gears of War which marked the launch of Gears of War 3 a game set in a post-apocalyptic world with aliens. The bike looked unconventional but it perfectly fitted the atmosphere of the game and the designers were more than impressed.

Not only is the name cool, but the entire chopper is thrilling. Everything about this bike was spot on and the combination of black and yellow is the base. If we take a look at some of the details, we would see spider-web on the front and rear wheels. You can confidently say that this is a piece of art.

The first episode of American Chopper had to be special for the fans to see that Paul Sr. and Paul Jr. know how to produce exceptional bikes. Their first project on TV was Black Widow. Despite it arrived in the first two episodes, this two-wheeler is considered one of the best (if not the best) bike ever created by the duo.

Motorcycle aficionados who couldn’t walk were allowed to ride a bike when American Chopper delivered one with a wheelchair instead of a seat. Called the Christopher Reeve bike, it is the most successful project out of all.

Which of these is your favorite? Are there any bikes you don’t like?