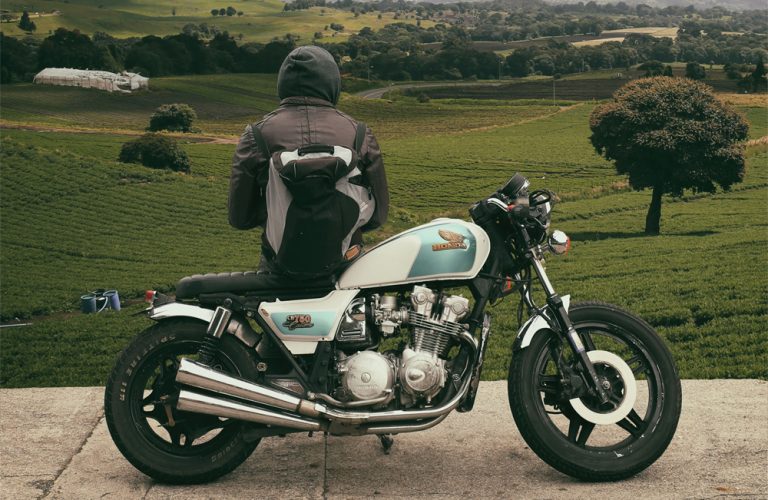 There are so many myths about motorcycles and their drivers. If you ever witnessed a talk between a group of bikers, you probably heard some of them. At first glance, you could probably think that they sound true, but if you try to check some of these facts, you are going to find out that they are mostly untrue.

You can use these statistics as an inspiration for increasing your level of security while driving a bike. Furthermore, you should do everything in your power to keep yourself as secure as possible. The old saying regarding motorcycles is saying “it is not if, it is when”. We are going to present you with a list of most common myths about motorcycles.

Myth #15: You Should Lay Down Your Bike When You are Near Crashing

Myth #14: Police Radar Can be Avoided

Just because your bike is smaller than an average truck or a car, that doesn’t mean you are going to be successful in avoiding radars. Today`s police have high-tech gadgets which are very effective in finding out how fast are you driving.

At first look, this myth is looking very solid. The explanation for this one sounds logical. Having loud pipes on your bike means that the bike is very loud. By being loud, you are giving the signal to other drivers that you are near them and that they need to pay attention to. Statistics and experience are saying that a more effective way is to wear something that has bright colors.

The majority of the counties in the world have laws that require bike drivers to wear helmets. Among those laws, you can find some exceptions, but for the most part, it is required of you to wear it. It has been said that it is more likely that you will suffer a neck fracture when you are wearing a helmet during an accident. That is not true. Helmets are protecting drivers from suffering more serious injuries.

Myth #11: Helmets are Limiting Your Hearing and Sight

There is another myth regarding helmets. This one is saying that you are limiting your sight and hearing when you are wearing helmets. According to statistics, this is simply not true. Having a helmet on your head will do exactly the opposite thing. Visors are there to provide protection for your eyes and allowing you to see better.

Myth #10: Your Bike Will Make Your Irresistible

We are not certain how much percentage of male motorcyclists are thinking this way, but if you think that your being one is going to make you irresistible to women, you are wrong. Naturally, there must much more to the affection than your bike. However, having a bike could improve your self-confidence, but it will not make you irresistible.

Myth #9: Conventional Brakes are a Better Choice Than Anti-Lock Brakes

Myth #8: Small Objects on the Road Could Make You Crash

Many bike drivers think that if you choose to drive over some small object on the road, you are going to end in some ditch. This is not true. If this were true, you probably wouldn`t see any bike on the road for a high number of years.

Some may think that motorcyclists between 18 and 25 are the most endangered ones, due to their lacks of experience. However, this is not entirely true. Traffic accidents are accidents, and they can happen to anyone. Moreover, in the United States, most of the fatalities are coming from age range from 40 to 55.

Myth #6: Staying in your Lane is a Better Option

In pretty much every city that has a massive traffic frequency, you can see that motorcyclists are splitting lanes in order to get to where they need to be, as fast as possible. Majority of the drivers in the U.S. are thinking that crossing lanes are not a good choice and that it can be dangerous. However, this is not true, it is much safer for bike drivers to cross into another lane that to keep a bike in one.

Some of the bike drivers are thinking that if you put racing tires on your bike, that you would be faster when driving on the road. Definitely, this is not true. There is more to the overall speed than tires.

Myth #4: Drivers of other Vehicles Don’t Care About Bikes

You probably heard somebody talking about how other drivers don’t care about motorcyclists. This sounds pretty heartless, and we can say that is totally not true. No normal person would like to hit a bike and inflicting serious injuries to its driver. Nobody is that heartless.

Thinking that bikes are mostly driven by the lower classes of the people, is one of the perpetuated and demeaning you will probably hear. The real situation is that bikes have been driven, and they are always going to be driven, by all classes equally.

Myth #2: You Will Have More Speed Because of the Traction Control

Myth #1: Buying Your Dream Bike as Your First one

There is a theory that if you buy a bike of your dreams as your first bike, you will learn to drive it very quickly, and all that you need is an experience. Definitely, this depends on the bike that you want, but we can say that for the most part, it is not entirely true. More important than your bike is the safety gear that you need to acquire. Long story short, do some homework before trying your abilities.