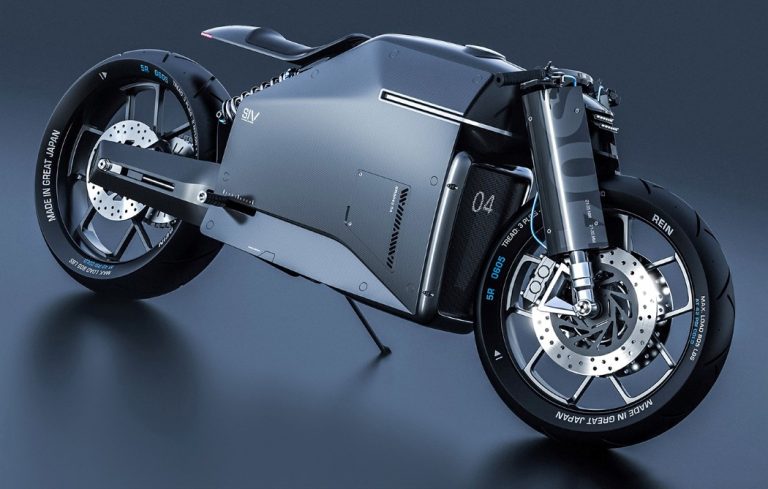 Japanese automotive designers rely on their history and culture a lot, according to Vladimir and Artem, with the samurai spirit, origami and minimalism as guiding lights through creative processes. However, the large automobile industry in Japan wasn’t immune to the European influence and it didn’t always follow the traditional way. That’s why the Motorbike for Great Japan, the project of Vladimir and Artem, is the automotive embodiment of Japanese tradition and spirit.

The body shape resembles origami and the design reminds of samurai uniforms, thanks to planar surfaces, while the handlebar grips look like authentic Samurai sword handles. The bike’s speed and lack of weight are the results of a carbon-fiber body, which also contributes to the bike’s smooth origami design. With dual-suspension on the front and the back, with a comfortable, adjustable seat, along with a push-to-accelerate footrest, one can safely say that the two designers have set an example that even Japanese standards can look up to.

This is not the first time the two designers work together. They teamed up to make the Audi Truck Project and it appears they really clicked from the first time they decided to make a professional collaboration. It looks like the Samurai concept here, a bike that appears Japanese at first, and then as a motorcycle, can really work, since it draws inspiration from the things mentioned above – origami, samurai tradition, and culture, in search of a truly Japanese design feel.

Vladimir Panchenko and Artem Smirnov are not motorcycle designer and that’s what makes this project even more fantastic. The most important thing that these two could do with this motorcycle is to stir up these large Japanese companies in a sense that they should really find their design inspiration in rich and ancient Japanese tradition and history.