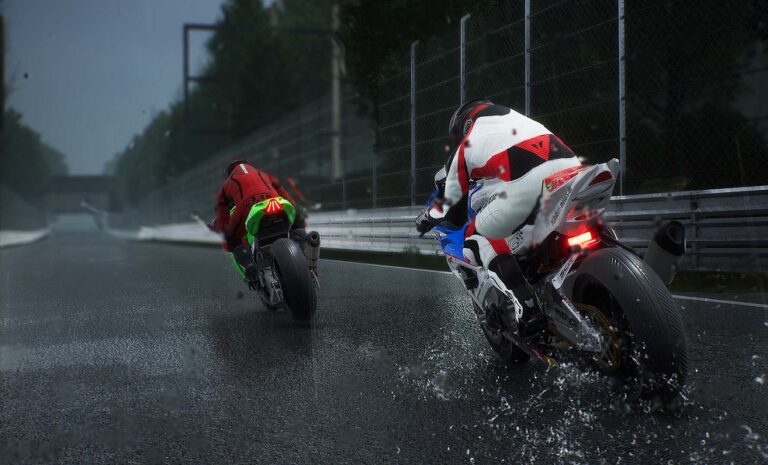 Since when video game developing companies started doing what they do best, racing games were always among the most popular. This is especially true for games that are developed for consoles. However, we’ve always felt that motorcycle games didn’t have the same status as automobile games.

That doesn’t mean that they are not popular. In fact, some of the motorcycle games have earned legendary status after a good number of years, while some others didn’t manage to cope with the needs of the market. Those that succeeded in achieving this level did that thanks to their level of realism and quality. Those that didn’t succeed were satisfied with having just enough elements for them to be called racing game.

Naturally, we all heard about the legendary motorcycle games like the pioneer among them Road Rash, Ride, MotoGP2, Moto Racer DS, Joe Danger, Motorbike, GP500, Tourist Trophy, and Trials Evolution. All of these games are considered to be far ahead of their time and it’s no wonder that many of them are still popular even today, even a decade or more since they’ve been published.

As we said, consoles were always considered to be a better gaming platform than PC or laptops when it comes to this type of games. Naturally, over time, with the introduction of the steering wheels gadgets for PC, they leveled with consoles, for some time at least.

Nevertheless, we’ve decided to compile a list of the best ps3 motorcycle games. In the meantime, we feel it’s important to say that this is not a ranking. Without making you wait longer than we should we are going to start with this list of ours now.

1. GTA IV: The Lost and the Damned

GTA is one of the most popular game franchises of all time, period. It is popular due to its interesting, action-packed plot, intriguing characters, an exceptional level of parody, and great landscapes you can go through. You must be wondering why are we including this game into a list that talks only about motorcycle games. Well, if you haven’t tried out GTA IV: The Lost and the Damned, we are not going to be surprised by your question.

In this game, you are playing as Jonathan Klebitz, who is a member of the underworld biker gang. You are going to be able to participate in biker gangs and racing, eliminating the members of the rival gang in the process. As you could presume, this game is gritty and raw to the core.

Now, we are going to sink our teeth into something more related to motorcycling than the previous entry on this list of ours. MotoGP franchise is one of the best-known racing franchises ever. Over the years, and remember, its first installment was released back in 2000, it managed to accumulate huge fan base from all over the world. We feel that the latest installment in this franchise is the best among them all.

We are talking about MotoGP 10/11. The best thing about this game is that it made great use of artificial intelligence. This is one of the features that will make your game experience more realistic and will give the opportunity for more unique styles of riding. You can choose among the seventeen different racetracks and use the best motorcycles you can. Moreover, you can participate in an online version of the game, which will make it possible to play with 20 other players.

We all love street racing. We either played some versions of Need for Speed or watched Fast and Furious. It is far more exciting and thrilling than racing on a basic race track. Players are usually preferring gore, blood, destruction. This is exactly what you are going to get with Midnight Club: Los Angeles. In this game, you are going to be able to race around the LA on your speed bikes. Thankfully, you are not going to be annoyed by the repetitiveness since there are more than 300 races you can choose from.

The game is developed by Rockstar Games, which is responsible for the GTA franchise. So, you can have an idea of what you can expect from this game. Also, you can play it online, with up to sixteen players participating at once. One of the best features of this game is Race Editor. With this one, you will be able to create maps for online play, which is an exceptional opportunity to try out your creative skills.

We’ve decided to include this game into this list of ours, just in case there are people who are enjoying off-road and dirt race more than track racing. If that’s the case, having MX vs ATV Reflex on your PS3 is the perfect chance to participate in one of these. This game has excellent graphics and will provide you with a gaming experience that you are going to remember, you can be sure of that. The dirt race tracks will always change after a race, so you will never have to become familiar with a track. More importantly, you will never get bored of it.

If you own PS3, there is nothing to stop you from participating as a player in the World Superbike Championship. SBK X will make sure of that. You can play with virtual versions of the bikers who are used in the series and you can race with all of the necessary graphic elements of various race tracks.

Moreover, you can participate in some of the legendary races as one of the participators and you can even beat the records that were established then. In case you are a fan of the Championship, you will have the option of choosing between several modes to satisfy your needs while playing as a normal player like we used to play in legendary arcade games. However, the thing that is contributing to the popularity of this video game is its exceptional graphic.