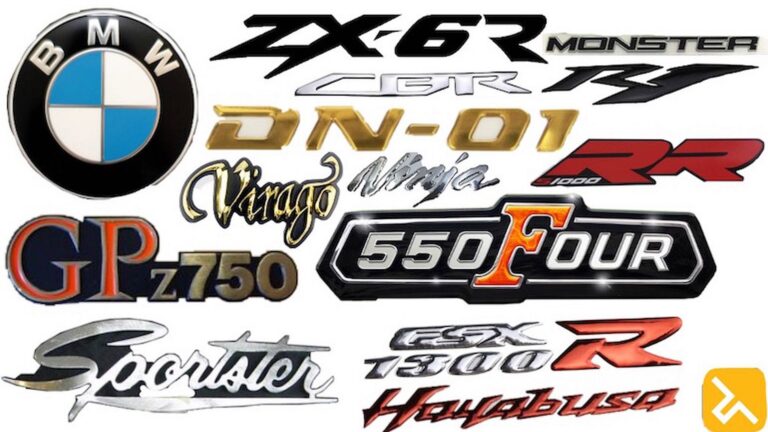 Various motorcycle manufacturers go lengths when naming their new models. If a bike has a slick and cool sounding name, it will attract more bikers, which in turn means more sold units. There are a lot of famous models with names that came out from funny and interesting concepts.

The famed CBR series by Honda has dominated the bike industry all the way from the 1970s. Thanks to these decades of being relevant, many have argued over the meaning behind these three letters. The company was never really clear what it means, so the best fan theories we have heard include “City Bike Racer” and “Cool Boy Ride.” So you see, these are quite funny. Still, the real meaning of the acronym CBR stands for “Cross Beam Racer,” which refers to the position of the engine across the beam of the frame. How funny would it be if it really meant “Cool Boy Ride?”

Power, strength, quickness, and reliability are some of the words that spur to mind when we think about bikes. However, the absurd name of “Flying Squirrel” does not really portray any of these, and it sounds hilarious. In this unique case, it does actually describe the motorcycle rather well. This bike was developed by Alfred Scott in the early 1900s, and it was a two-stroke sports bike with a low center of gravity. This allowed it to skim over the ground and break many speed records. The flying squirrel is an animal known for its ability to quickly glide over the low ground, meaning this name makes perfect sense for such a quick and nimble little bike. Very clever indeed.

5. Kawasaki Ninja was named after a sailboat

The Ninja is among the most famous models of motorcycles in the history of the industry. It is arguably the coolest looking design, which also inspired many other companies to develop their own such bikes. It used to be called the GPX900R, much less interesting, and originally, the 115 horsepower machine was to be called the “Panther”. However, an American marketing director Mike Vaughn suggested the “Ninja” name, which is what his sailboat was called. Also, since it is a Japanese company, it made sense more than the “Panther”. The result is one of the most iconic bikes ever.

4. The Triumph “Thunderbird” has a name origin

First developed during the 1940s, it quickly became one of the most popular models of this era. The fans loved the power that the twin engines provided, as well as the cool, timeless design. Such a hype of course led to speculations about the awesome sounding name. Some theories mention the all-powerful being of the same name from the folklore of Native Americans. However, this is not the case. The general manager of Triumph stayed in a hotel that had the name Thunderbird Inn while traveling, and thought the name was amazing for a bike. The truth is often disappointing.

3. The Harley-Davidson “Fat Boy” does not have a special backstory

The legendary bike company started with these in 1990, and this funny name made the fans theorize a lot. One of the most popular fan theory is a possible connection to the atomic bombs the USA dropped on Japan at the end of WWII. Those were called “Fat Man” and “Little Boy”, so “Fat Boy” is a combination. The real reason is however much simpler and not as interesting or controversial. The manufacturer simply chose it because of the fat front profile their bike sports. Meh.

This Harley-Davidson model is actually a part of the iconic Hummer series, and most believe that the name comes from the word “scatter”, and that it refers to the quick acceleration this bike is capable of. The Scat is a 1960s model, and vintage models are still being sold to enthusiast and collectors. The bike sports a high bender, high handlebars, and street legal off road tires that can survive a lot. It was, and still is, a beautiful motorcycle.

1. Yamaha “YZ” is not an interesting abbreviation

The last bike on our list is the famous racing motocross bike by the popular Japanese brand. It is made for off road racing and stunts, and it is a very popular model. However, fans have no idea what these two letters stand for. The most popular and plausible theory is that it means “Yamaha Zinger”, both a funny and sensible name. In reality, the name is much more disappointing and not at all interesting. The “YZ” is sadly just a product code for this bike, and the “Z” in the name is the model of the engine the bike uses. As you can see, some of the best bikes do not have to be called something special!

What do you think about the origin of these motorcycle names? Do you think it is better when bikes have special names like “Ninja” and “Thunderbird”, or letters and abbreviations like “CBR” and “YZ”? What would you call your own bike and why? One thing is certain. For a bike to be successful and to sell well, it must have great features, look good, and have an awesome sounding name. Score such a combination, and you have got yourself a star model!