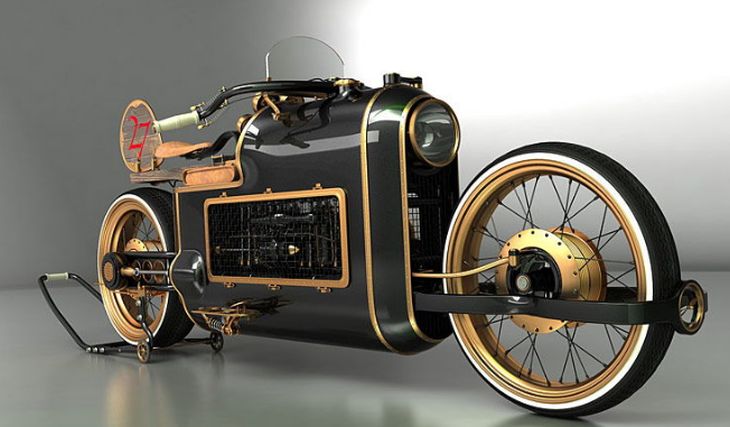 Steampunk is something that finds its way everywhere, even during the time we are seemingly closer to the neon Tron bikes than ever. The art of steampunk will never die out, and might one day really exist.

The newest indication of this popular retro technology trend is the work of a Russian designer by the name of Mikhail Smolyanov. He is the brilliant mind behind this amazing take on a steampunk-inspired bike. It is great that creative people around the world develop such ideas, and whose imagination and abilities can birth this kind of steampunk art.

The racing cars and airplanes from the 1920s inspire this bike. The concept is called the ARX-4 Steampunk, and it would use a V8 engine to power the wheels moved by an axle, instead of a traditional belt drive or a chain link. This concept is a modern look at what steampunk would have looked like if it existed today.

Although this is just a concept, we cannot help but think how could a bike like this look in real life. Here is to hoping someone actually decides to make something like this amazing steampunk bike!